Running in the Family

Recently my father gave me an old sepia-toned photograph of my grandfather proudly standing alongside his band mates....no, not a rock band, Rock didn't even exist yet! The picture was taken circa 1932 and it was a group portrait of the Joseph Corinthios Mandolinata Orchestra, the hottest ticket in Athens, Greece!! (or at least I'd like to think so, haha). Can you guess which one he is in the photograph below? Here's a hint, out of the 12 members, my grandfather was one of the guitar players among the mandolin players that seemed to make up the majority. Some say we have similar features...he is the handsome dude on the top left corner with the guitar! Growing up as a child, I had seen and heard him play at family get-togethers, but when I saw this photograph, I could only think, wow... that's so cool. The story has it that my grandfather was helping out a buddy of his one night with serenading a girl that his friend was interested in. The friend sung while my grandfather played guitar. There was no response from the girl, instead they heard the reply of a mandolin playing in the shadows around the corner...it was the girl's brother... but instead of chasing them away, he asked my grandfather to play in his band...yup, the brother was Joseph Corinthios!

After seeing the photograph, I started thinking about heredity and how so many traits are passed down from our ancestors, both physical and personality traits. My father is himself a connoisseur of classical  music and had aspirations to be a composer. He clearly took after his dad and I think it is safe to say that I got the composing gene from my dad. Three generations of different musical styles but the love of playing an instrument and singing melodies and harmonies remains the constant. I'm proud to say that my daughters are very musical as well and can interpret, feel and play music of all styles. Some people say that music can be taught and is not necessarily hereditary...I agree with that thought as well, after all, a musical lineage has to start somewhere. But I think once it has started, it gets embedded in our DNA, so to speak, and will be passed on for many generations to come.

Regardless of what you believe there is one truth that is hard to argue with: from all the photographs I've seen and the memories I have of my grandfather, the one thing that is immediately evident is the smile on his face when he is playing the guitar and singing.... Music=Happiness.

Thanks for the genes Garbice Manoukian!! 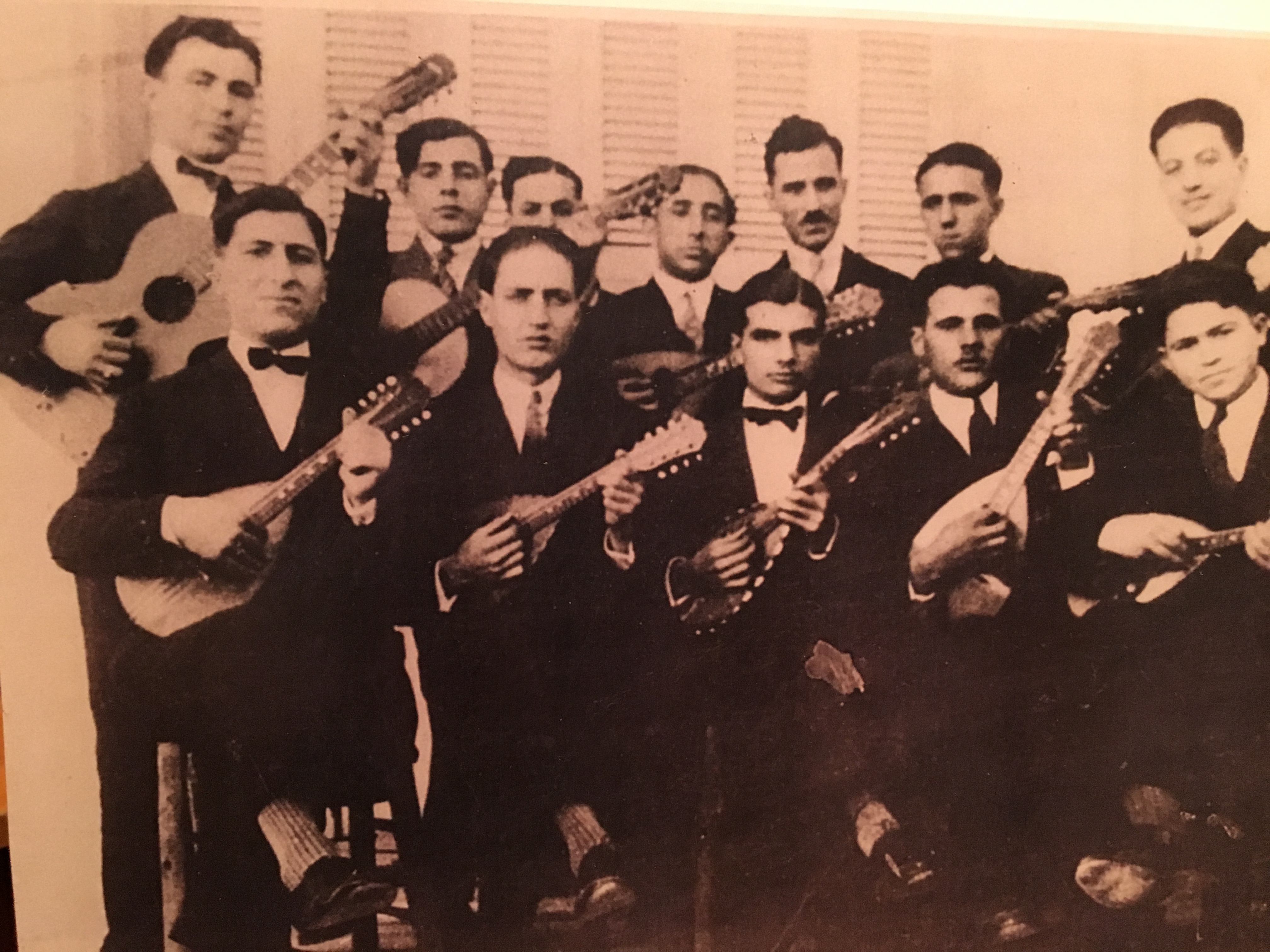